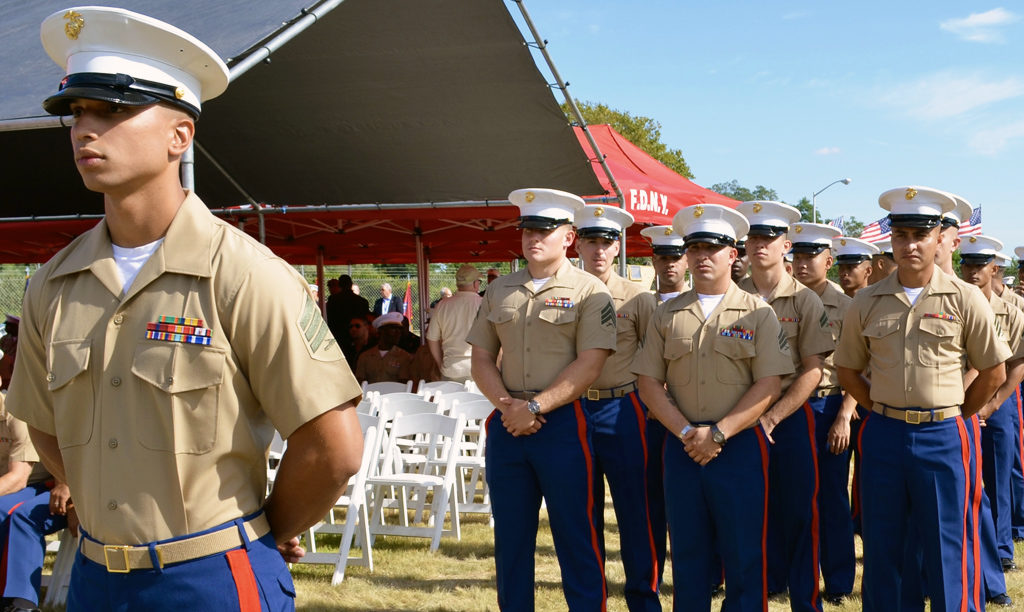 The Marines of 6th Communication Battalion honored America’s first casualties in the Global War on Terror. during the 100th Anniversary of the Marine Corps Reserve, in Brooklyn, NY. The 6th Communication Battalion Marines: Sgt. Major Michael Curtin, and Gunnery Sgt. Matthew Garvey – died saving the lives of others on September 11th, 2001, as members of the New York City Police, and Fire Departments. 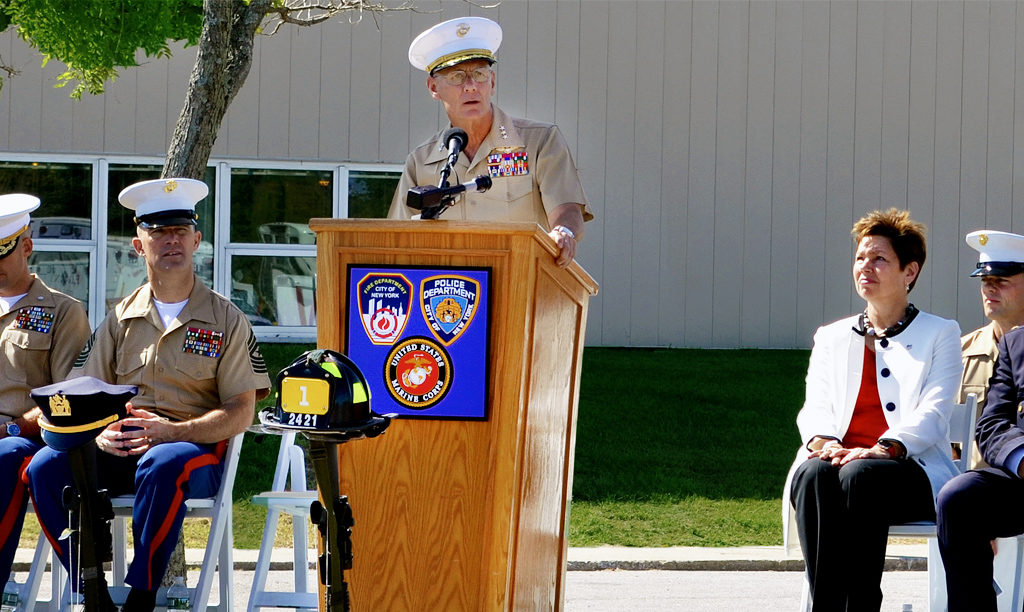 Matthew Garvey served ten years as an active duty Marine with deployments to Beirut, and Operations: Desert Storm and Desert Shield. He joined the New York City Fire Department in 1995. On September 11th, 2001, Garvey and his squad members directly aided in the mass evacuation of thousands of people who were escaping from the South tower of the World Trade Center. Refusing to abandon their duty, Gunny Sgt. Matthew Garvey and his entire Firefighting squad, were killed when the tower collapsed on top of them.

Michael Curtin served twelve years on active duty, before joining 6th Communication Battalion Marines. He joined the New York City Police Department, where he served the majority of his career in the elite: Emergency Service Squad. Sgt. Major Michael Curtin died attempting to rescue civilians that were trapped in the North tower of the World Trade Center. 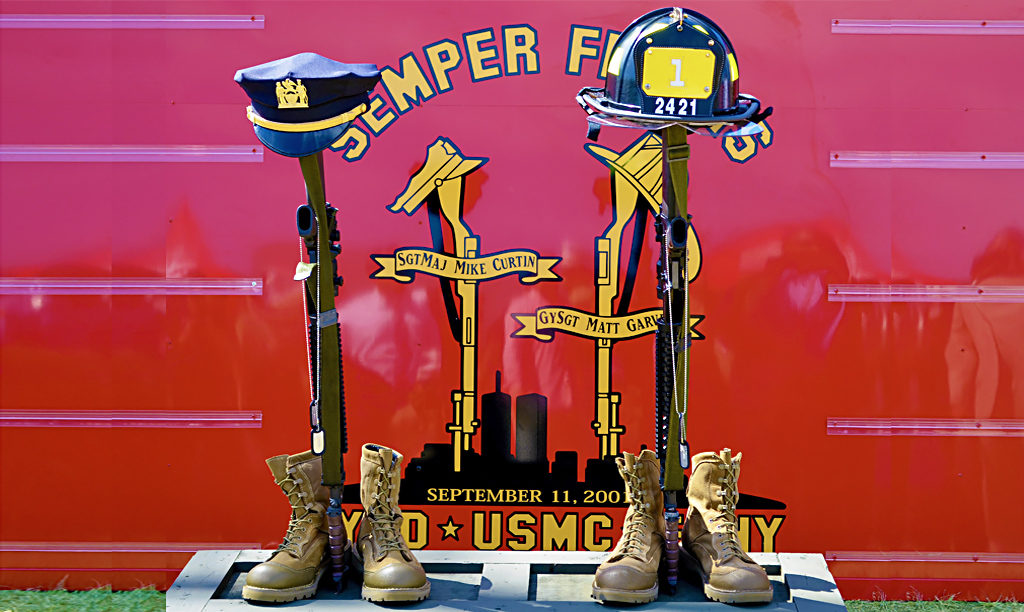 Michael Curtin and Matthew Garvey serve as an example of how Marine Reservists answered the call to defend the country immediately following the terrorist attacks on the World Trade Center. “It is important for young Marines coming up to understand how their roles might change,” Foresta said. “We have Marines who died on September 11th, but we also have Marines who died serving overseas afterwards as well.” Marines from 6th Communication Battalion have supported combat operations in both Iraq and Afghanistan. “As Reserve Marines we wear two hats, we have to maintain a civilian and a Marine Corps life,” said Sgt. Lee Falcon, ground radio repair section head for Headquarters and Service Company, at 6th Comm. Battalion.

“He’s what anyone expects a Marine to be. I’ve spent 15 years living in his shadow.”

The memorial was originally proposed in 2013, by veterans who served with the fallen Marines. The project was met with resistance by command, despite the veterans offer to raise the required funding for construction. By 2014, the same vets requested support from Veterans Rebuilding Life, who launched a campaign and fundraising event on behalf of the initiative. It would take two more years of government bureaucracy and office politics, before the memorial would finally be approved. Within the same timeline, the Battalion’s request to rename the unit to the Curtin Garvey Complex, was officially granted by the Department of Defense. Seen above is the exterior portion of the newly built memorial, which includes steel taken from the World Trade Center, as a tribute to the fallen Marines who sacrificed their lives on September 11th, 2001.

Seen above from left, standing in front of the newly built memorial, is VRL Director Christian Zamora and Staff Sgt. Patrick Youngkin, who both served as Marines in 6th Communication Battalion – Alpha Company, during the Iraq War. Standing alongside them is Ms. Theresa Johnson of the Garvey family, and VRL Director Kevin Vargas-Colon, who also served in Alpha Company with whom he served two combat deployments to Iraq. The Staten Island Marine Corps League and Veterans Rebuilding Life helped to raise contributions to cover project expenses. The organization’s military and civilian members, volunteered their time, money and efforts to ensure the successful completion of the indoor and outdoor memorials.

To the Staten Island Marine Corps League, JR Cruz Construction, Master Sgt. Foresta, and the Catholic War Veterans, Post: 689 and 1172 – without whom this memorial event would not have been possible.