Ameer served with NATO Multinational Forces and supported the US Army Civil Affairs Division during military operations in Iraq. He stood by American military personnel when enemy forces coordinated multiple attacks on the US Army’s Forward Operating Base, and he shared in the pain of loss when his fellow brothers-in-arms were killed. 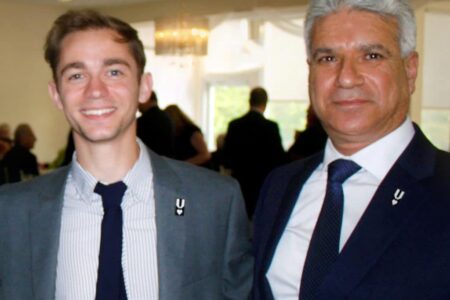 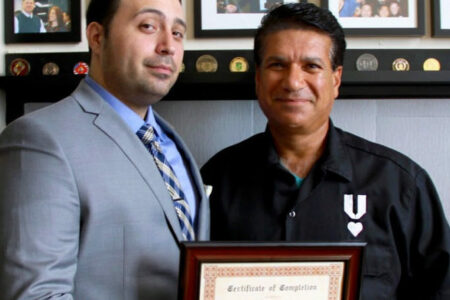 Owing to Ameer’s 10 years of  loyal service to US armed forces during the Global War on Terror, he was granted asylum by the and relocated to NYC in 2009. Exceedingly grateful for the possibilities proffered him by his asylum, Ameer studied English, obtained employment in construction and engaged in his community.

Through a network of veterans Ameer served with overseas, he found VRL and provided countless hours of humanitarian service. Resourceful, resilient, and hardworking, Ameer constantly sought out opportunities for further education and self-improvement. Dedicated to assisting all victims of war, VRL directly assisted Ameer by providing him with professional 1-on-1 OSHA training.

His certification now qualifies him to work on OSHA certified jobs across the United States. In addition, VRL secured English as a Second Language (ESL) instruction, and dialect reduction tutelage. As a result, Ameer increased proficiency in spoken and written communications, building his confidence to match the diligence and productivity he displays in every other facet of his life.