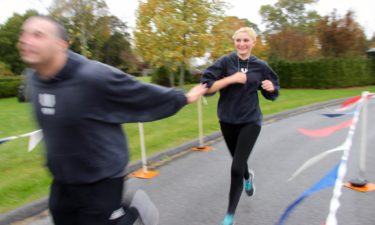 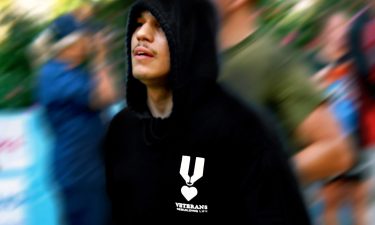 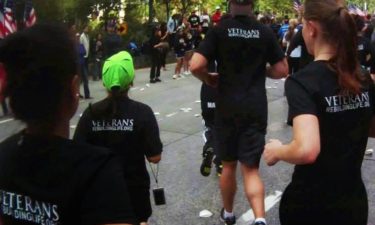 Alzheimer’s Affects More Than three Million People Each Year In The U.S. Alone.

The degenerative brain disease currently affects more than 5.2 million Americans over the age of 65, slowly destroying memory, reducing the ability to care for oneself, and ultimately leads to death. Alzheimer’s is currently the third leading cause of death among seniors in the Unites States.  The Dept. of Veterans Affairs recently reported that veterans are twice as likely to develop the disease as compared to seniors who have never served.  VA Hospitals have reported a 166% increase among veteran patients suffering from Alzheimer’s, over the course of the past decade.

In support of the Mount Kisco Rotary Club, a longtime supporter of VRL, we were proud to participate in their 5K Fundraising Event in-support of Alzheimer’s research.  For us, this was a way of supporting an organization that has always stood by our members, as well as being a part of a cause that we truly believe in.  Often when we think about Alzheimer’s, we think only of those who are diagnosed.  And while the patients themselves are the most important aspect, we forget that there are others who are in-need of support as well.  The families of those diagnosed struggle everyday, trying their best to help someone they love, who might not remember them at all.

Veterans are twice as likely to develop the disease, as compared to seniors who never served.

At VRL, we’ve seen this personally, as members of our organization have watched their own family members struggle with Alzheimer’s disease.  For us this isn’t just another cause, it’s something that we understand, and have a close connection with.  Christian Zamora, one of our original members, watched as his mother suffered from Alzheimer’s for well over a decade before passing away. Several members of VRL are proud recipients of the Rotary’s annual scholarship program, and participated in the fundraiser’s run.  In attendance were several members of our organization, the Rotary Club’s members, and several dedicated NGO organizers without which this would not have been possible.  In addition to sending several runners, VRL pledged financial contribution to the event in support of Mt Kisco.  All we can do is hope that our contribution will make a difference in the lives of those with Alzheimer’s, and that one day no one will have to fear it any more. To learn more about the Rotary Club and their International humanitarian mission, please visit their official website.